Since my teen years December has been a big month for me. Not just because of Christmas and the festivities/work do’s/New Years Eve, but because it is also my birthday on the 19th. This isn’t a shameless plug for me to receive more presents, but just a way of me passing on a few tips for the party season from a former party girl who was always prepared for this busy month. 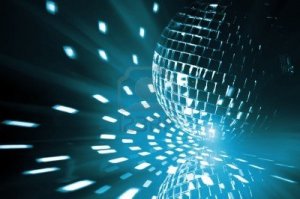 You should be dancing yeah!

Don’t get me wrong I haven’t hung up my dancing shoes yet but just opted for a smaller heel, a thicker denier in my tights and a more appropriate skirt length. The stack of invitations for cool parties that I received in my 20s have now been replaced with invitations to Nativity plays, tickets for the Panto and the odd night out with friends. This odd night out is never a last minute thing, but takes a massive amount of organising with babysitters at a premium and everyone feeling a little bit half-hearted about spending money or making the effort to get ‘dolled up’.

The Decembers of my teen years were filled with cheap booze that was either begged to be bought from older siblings with our naive tipple of choice being Thunderbird. Or something that we found in the back of our parents drink cabinets, normally a neglected bottle of Ouzo and resulted in a lot of hair holding and up-chucking between friends. Nights out were at random house parties which were organised after the parents had gone out, or local nightclubs both of which required either public transport or a lift from your Dad which reduced the glam factor a tad. Still, you didn’t need more than a few vodka and Coke’s to feel tipsy and by being an experimental smoker you didn’t really inhale, so the hangover was fairly minimal.

I started my 20s living in Brighton with one of my best friends. Following a fairly hedonistic summer living on a shoestring, I returned to London to start my career in the Media Industry. I worked at a newspaper and for a time I worked on a supplement covering the dotcom explosion of internet start-ups that were making millionaires overnight. These companies were splashing their massive budgets on extravagant parties that we were invited to every night of the week, if we could handle it. Each party meant free booze, free food and enough gimmicks to ensure they made the press the following day. At one party Boney M performed alongside roller skating barmaids squirting vodka into people’s mouths from Ghostbuster type get-ups. My Brighton bestie moved to Ibiza and opened a bar which became a regular holiday destination for me and my friends. But numerous nights out and non-relaxing holidays can take their toll on your health and bank balance. I had more plastic in my wallet than Barbie and as I approached my late 20s and found my fella, I was ready to slow things down a bit in the name of starting a family. 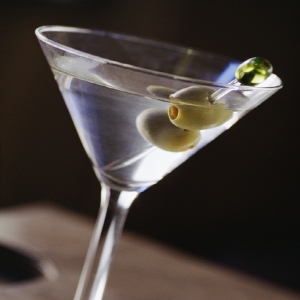 I will be 37 this December and as much as that makes me say the number in a questioned tone, as I really don’t think like a 37-year-old, I am fine with it. Having spent my early 30s knee-deep in nappies and formula, nights out were extremely rare. They were often a fine line between me and my friends binge drinking our way through too much wine just because we had a night off from bottle feeding our babies, or instead consisted of us giving up on trying to tame the crazed look of a mother on the edge and resulted in us heading to the cinema to eat our body weight in Ben & Jerry’s. With my twins now 5 and my eldest approaching 9, my late 30s have meant that we now have more babysitter options and more opportunity for nights out. Me and my friends still have that feeling of having escaped a secure facility, but quite often we can pick a decent bottle of vino, partake in soft drinks alongside alcoholic ones and with hangovers stretching out over at least two days now, a nice meal or trip to the theatre is much more enticing than it used to be.

So my 5 points of advice this December would be;

1. Try and remember how bad hangovers really are when any type of shot is suggested during the evening.
2. If you are invited to a party, don’t dress like a parent who doesn’t get out much – no Xmas themed outfits, novelty earrings and if it is a house party, still wear shoes and resist the urge to take slippers or pad about in your socks.
3. Keep it light, don’t be a whinge-drinker or an over-sharer. A few vinos and some women feel the need to go into every gory detail about their marriage/childbirth/financial situation. This is a rare night out, much nicer to indulge in a bit of ‘stars in bars’ instead.
4. Think carefully about whether to update your Facebook status after too many drinks, this also applies to uploading photos of you and your friends doing your ‘sexy pout’, it often isn’t sexy but instead looks like you might have Bells Palsy.
5. Make sure you surround yourself with the people who make you laugh until there is no sound coming out, when a look between you can convey everything you want to say and you wake up the next day not filled with regret but with a big smile on your face.