“Five sleeps till Christmas Day!” is the phrase that my children have been bombarding me with this evening. They have had their own nightly countdown since 30 sleeps so I’m fairly pleased that the big day is drawing nearer. The shops are heaving with last-minute shoppers, panic-buying Christmas gifts to the background noise of Noddy Holder’s ‘Its Christmas!’. The supermarkets are crammed full of weary families dragging at least two trolleys between them, each overflowing with tins of Quality Street and bottles of Baileys. From an outsider they could be ‘Preppers’ stocking up on canned goods, fearful of the impending ‘Doomsday’ that is being bounded about on social media, promising us the end of the world tomorrow, just like they did in May 2000. So should we abandon the Christmas card writing to crack open our New Years Eve champagne early for Armageddon?

Different theories have been scaremongering the public this week and unless you’re a Star Trek fan, many of them seem fairly unlikely to me.

First up is the soon to be a major Hollywood movie surely – the Rogue planet Nibiru. Apparently, Nibiru is going to suddenly arrive into our atmosphere on 21st December, cuddle up with the Earth and therefore fatally shift our balance. I’ll admit I’m no Patrick Moore (god rest his soul) but why haven’t we seen this planet yet?

Next is the more believable of theories and a favourite for disaster movies, a giant asteroid hitting our planet. According to NASA the giant asteroid that could be hurtling towards our atmosphere, in a worst case scenario, would come as close as 6 million km away which is 18 times further away than the Moon, I think that should just about squeeze by.

Third theory and my particular favourite is an Alien invasion. Yes that’s right, we could be meeting the real ET and friends, as apparently aliens have a base on the moon and have been scanning our planet ready to invade for ages. Obviously the main evidence for this is the ‘intelligence’ brought back from a few abductees living in Arizona so the jury is still out for me.

But the final and most famous of theories is from the Mayan prophecy stating that the Mayan calendar ends tomorrow and therefore the world does to. Perhaps it could just mean they need a new calendar? In fact, Mayan prophets actually believe 2012 is the end of an era and a start of a world transformed. It could mean good things, a brighter future, but that’s not nearly as much fun as scaring people with the doomsday scenario is it now? 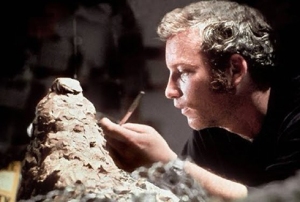 Bizarrely it has been reported on the news tonight that the French town of Bugarach will be the only place standing after tomorrow’s Armageddon. It is apparently being spared as its mountain houses a UFO, meaning that the inhabitants of the town will be looked after by aliens. I’ve checked, Richard Dreyfuss isn’t scrambling up the side of this mountain with his Yamaha Keyboard so get back to your present wrapping and sprout peeling and stop worrying about a world no more.